An economical inquiry into an unlikely city 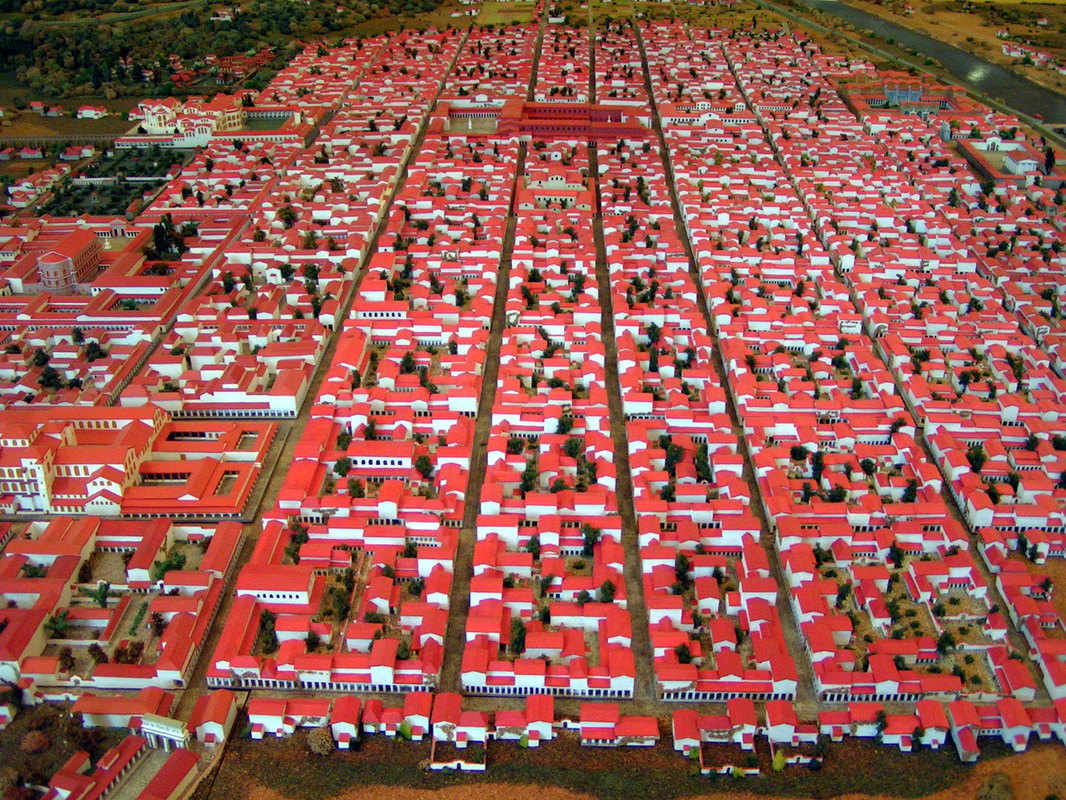 A model of 3rd century Trier in the Rheinische Landesmuseum in Trier.

"For maritime cities are able to bear such times of need withouth difficulty, by an exchange of their own pruducts for what is imported: but an inland city like ours can neither turn its superfluity to profit, nor supply its need, by either disposing of what we have, or importing what we have not" - Gregory of Nazianzus (Orationes 43).

​The city of Augusta Treverorum was founded around 13 BCE, in the Moselle valley between the Eifel and Hunsrück mountain ranges. The precise location, a narrow strip of river between the southbank of the river and a range of hills, was uninhabited. Other than being the capital of the civitas Treverorum (municipality of the Treveri people, in what is now Luxemburg, the French departement Moselle and the German state of Rhineland Palantine), it had no political significance in the province of Gallia Belgica. The city grew quickly, and kept growing through times of war, plague and instability. Around the middle of the second century it had a population of approximately 20.000 people and around the middle of the third century the population had grown to about 30.000. By then it had an amphitheater, a circus, at least two large bathing complexes and a 300 years old stone bridge.

​And now the main question: People have to eat. Transporting food is expensive. The larger a city is, the further away its food needs to come from, but the further away it comes from, the more expensive it gets.  How could a city without access to the cheap transport of maritime shipping and cut off from the well developed trade networks of the Mediterranean get so large and so wealthy?

The main problem with answering the question is that we have almost no sources aboutTrier between its founding and the third century. To overcome this obstacle there will be a heavy reliance on economical and geographical theory, combined with geographical, epigraphical and archeological evidence. In this way at least we approach a semblance of historical veracity (as long as no unknown political shenanigans were going on). 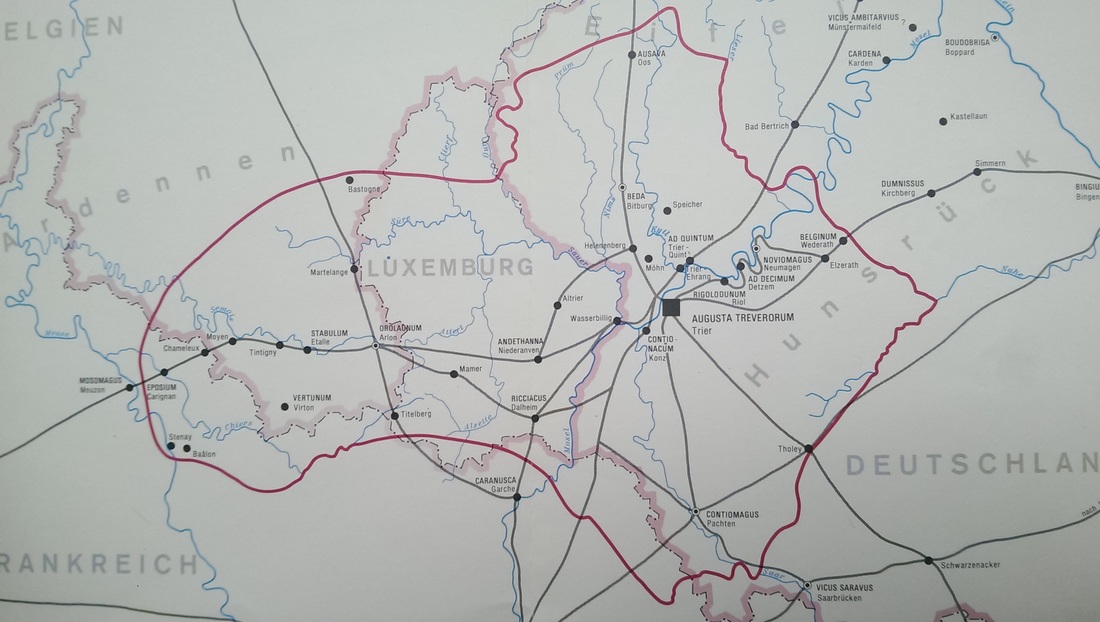 Civitas Treverorum with the roads, rivers and the most important places. From Heinen​, 1985.

Growth of a city

The economic function of a city is to be the center of a region, where local products are marketed, sometimes via smaller centers, such as villages. There is a barrier in the continued growth of a city. Urban centers have a hinterland, the area that markets its agricultural surplus in the center. This hinterland has natural boundaries, beyond which it becomes more profitable to market goods in another center. A city can only grow as large as the food production of the hinterland allows. After that point the city either stops growing or it starts importing food from beyond the borders of its hinterland. Because transport costs for bulky inexpensive goods such as food are usually quite high the import of food makes all food prices rise more. The growth-barrier is where it is no longer profitable to transport food to the city because the distance has become too great. Although this barrier can ultimately only be overcome by political intervention (like the imperial subsidizing of grain in Rome) it can be pushed somewhat up. This can be done by either making food cheaper or by raising purchasing power in the city.

How could a city without access to the cheap transport of maritime shipping and cut off from the well developed trade networks of the Mediterranean get so large and so wealthy? Let's keep it short and clear:
Al images are taken from Wikipedia or belong in a similar public domain.
29-01-2016 KDD